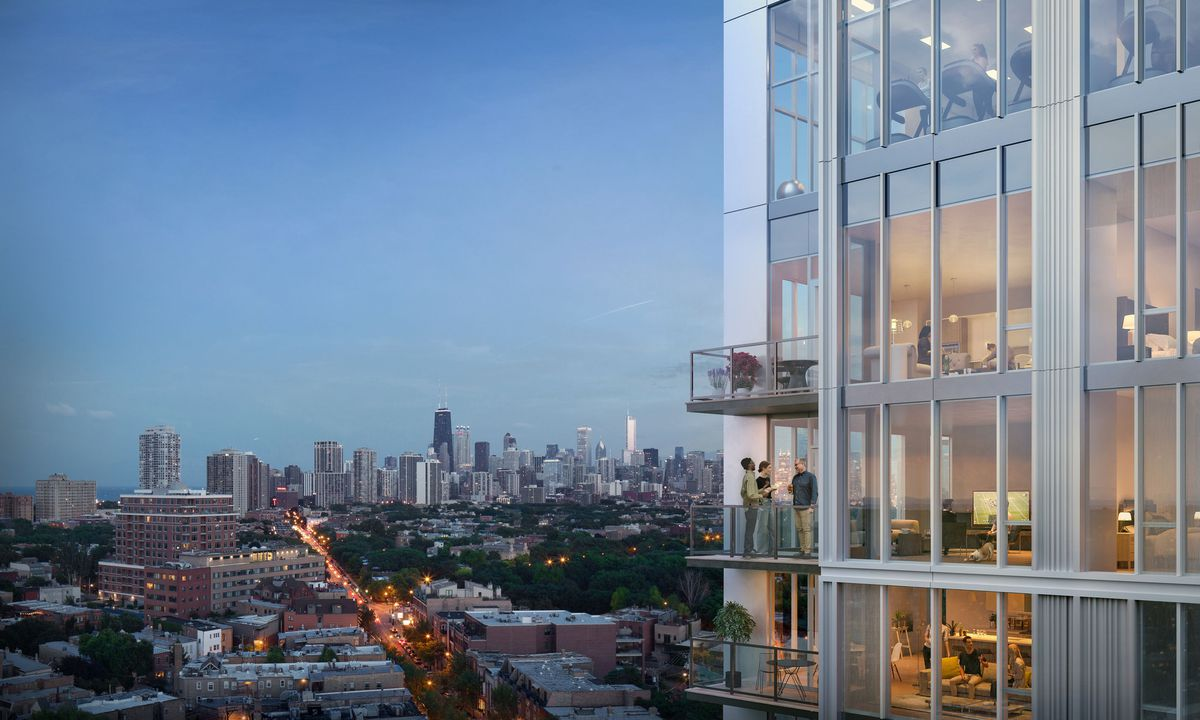 Developed by partners McCaffery Interests and Hines and designed by Chicago-based architecture firms Antunovich Associates and Skidmore, Owings & Merrill, the mixed-use project is expected to revitalize the intersection of Lincoln, Fullerton, and Halsted—an area that saw some businesses falter after hospital’s 2012 closure.

The six-acre complex also calls for a 149-unit senior living facility and a seven-story condominium building known as The Orchard. The latter is expected to begin work soon and open in 2020, according to the developer’s website. Lincoln Common makes use of the old hospital’s renovated parking garage at 2316 N. Lincoln Avenue.

Rents in the newly completed towers start just shy of $2,000 for a studio and can exceed $6,500 for a larger three-bedroom apartment—pricy but hardly surprising for Lincoln Park. Building amenities include a fitness center with a yoga studio, a rooftop pool deck, game room, demonstration kitchen, coworking lounge, a private dog run with a pet spa, and an on-site concierge.